LG CX OLED Review: The LG CX is one of two entry-level OLED TVs in LG’s 2020 lineup, and like any OLED, it delivers excellent picture quality. It’s packed with gaming features such as FreeSync variable refresh rate (VRR) support and G-SYNC compatibility to reduce screen tearing. It has a near-instant response time and low input lag as well. It individually turns off pixels, which results in an infinite contrast ratio and perfect black uniformity, making it a perfect choice for watching movies in dark rooms. It also has wide viewing angles for when you want to watch TV with a large group of people. It displays a wide color gamut for HDR content, but it only has decent peak brightness in HDR, so some highlights may not be as vivid as the creator intended. Like any OLED, it has the risk of permanent burn-in, but we don’t expect this to be a problem for those who watch varied content. 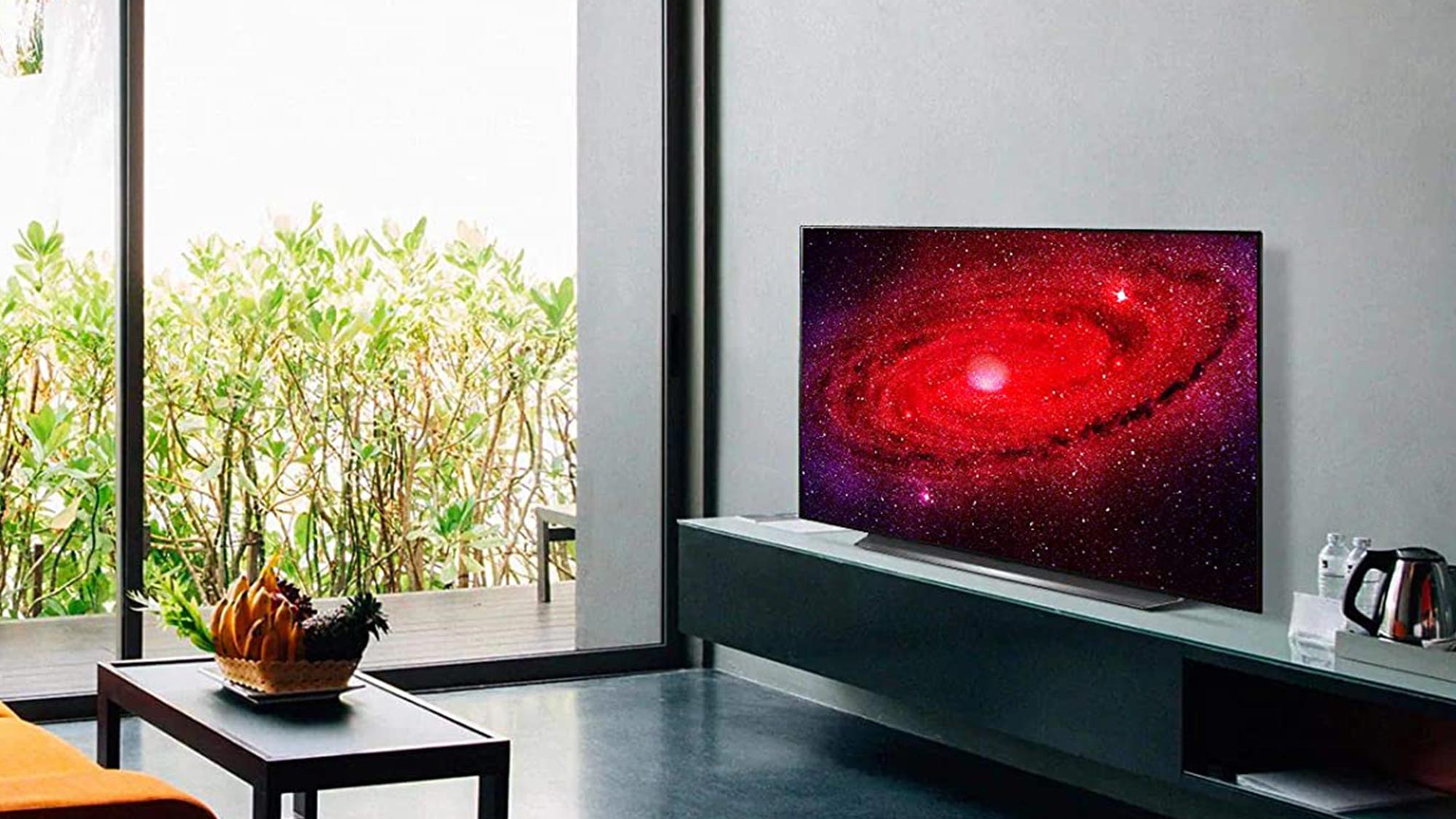 The OLED65CX is gorgeous. The star of the show, as usual with OLED TV technology, is how incredibly thin its screen is: for around two-thirds of its rear area it’s insanely skinny – just a couple of millimetres deep. Though of course, unless you’re fond of looking at the back of your TV rather than the front, you probably won’t notice this much once you’ve installed the set for the first time.

The bottom third or so of the OLED65CX’s rear sticks out quite a bit more than the rest. But the design still wears this pretty well – and the set’s speakers, connections and processors do have to go somewhere.

The screen attaches to one of the centrally mounted metallic sheet stands we’ve seen for a few C-series generations now. This is nicely finished and well built, but perhaps looks a touch chunky compared with the incredible slimness elsewhere.

Connections on the OLED65CX are plentiful and well specified – especially when it comes to HDMIs. There are four, all capable of handling 4K at up to 120Hz in 10-bit HDR with 4:4:4 chroma sampling. Something which might become important with the next generation of games consoles.

One of the HDMIs can also support ARC/eARC (audio return channel), so that the TV can output Dolby Atmos from streaming services or 4K Blu-rays to compatible soundbars or AV receivers.

One last design point worth mentioning is the OLED65CX’s remote control. This is one of LG’s so-called Magic remotes, meaning you can point it at onscreen menu options rather than having to use cursor buttons to navigate all the menus. There’s also a spinning wheel in the remote’s center that lets you quickly cycle through vertical menu lists.

The point and click approach can be a bit imprecise, and the stiffness of the scrolling wheel can cause you to accidentally press it (for select) rather than just spinning it. But it’s still overall a winning remote control design.

The connections around the back include four HDMIs, three USBs, an aerial, satellite, ethernet, a headphone socket and optical audio output.

The HDMIs are better specified here than on rival TVs. For starters, they’re officially HDMI 2.1 certified, and while that isn’t the guarantee of support for all next-gen HDMI features you might expect, the CX does support those likely to be of concern for the next few years, including eARC (Enhanced Audio Return Channel), HFR (High Frame Rate), ALLM (Auto Low Latency Mode) and VRR (Variable Refresh Rate).

Those last two features are specifically for gamers, with ALLM ensuring the TV’s low-lag (we measure 13ms) Game mode is automatically selected when a compatible console is connected, and VRR dynamically matching the TV’s refresh rate to the frame rate being output by a console.